The silencing of elected members is so important that I gave detailed reports in the official agenda for the council meetings in February and March.

The details can be all found in my report to Council and can be found in full on the link below and scroll to pp 258 - 260. I have copied in the opening paragraph.

State Government rules specific to Elected members of Local Government are not preventing corruption but are silencing elected Councillors.

Unley Central
The residents to Unley Ward had no Ward Councillor allowed to represent them in the final stages of the Unley Central DPA. We had been advised by council’s legal advisors that under new state rules I had a material conflict of interest in dealing with the Unley central DPA. The matter was too important just to accept. It seemed crazy. Yes, my son and his family's home lies on the border of Unley Central DPA and this I thought should be declared as a perceived conflict of interest and not a material one. No decisions on the agenda were to affect the value of their home. I confirmed this in writing with our Principal policy planner after the agenda was published.[i]

[i] Principal Policy Planner on Friday 10/03/2017 3:02 PM that
“The presented SCPA Report in the CS&DPC Agenda is not recommending any amendments to the original draft DPA policy changes released in September 2016 in regard to the north east section of the DCe Zone on Unley Road north of Frederick Street.
However, the outcome overall would be an affirmation of the proposed changes that were part of the original draft DPA and whatever value change they may have.”

In this report were my concerns about the isolation I as an elected member had legally enforced on me, preventing the collection of evidence to defend my actions. It is vital to our ratepayers that our Council has competitive tender processes that encourage wide participation of tenderers.

My thanks to Councillors who have given strong support and encouragement and indicating that they too believed the content to be non-confidential and worth sharing with those who had raised concerns.

I am committed to an open and transparent Council..... one our community can trust.
Cr Michael Hewitson AM

Posted by Michael Hewitson at 15:45 No comments: 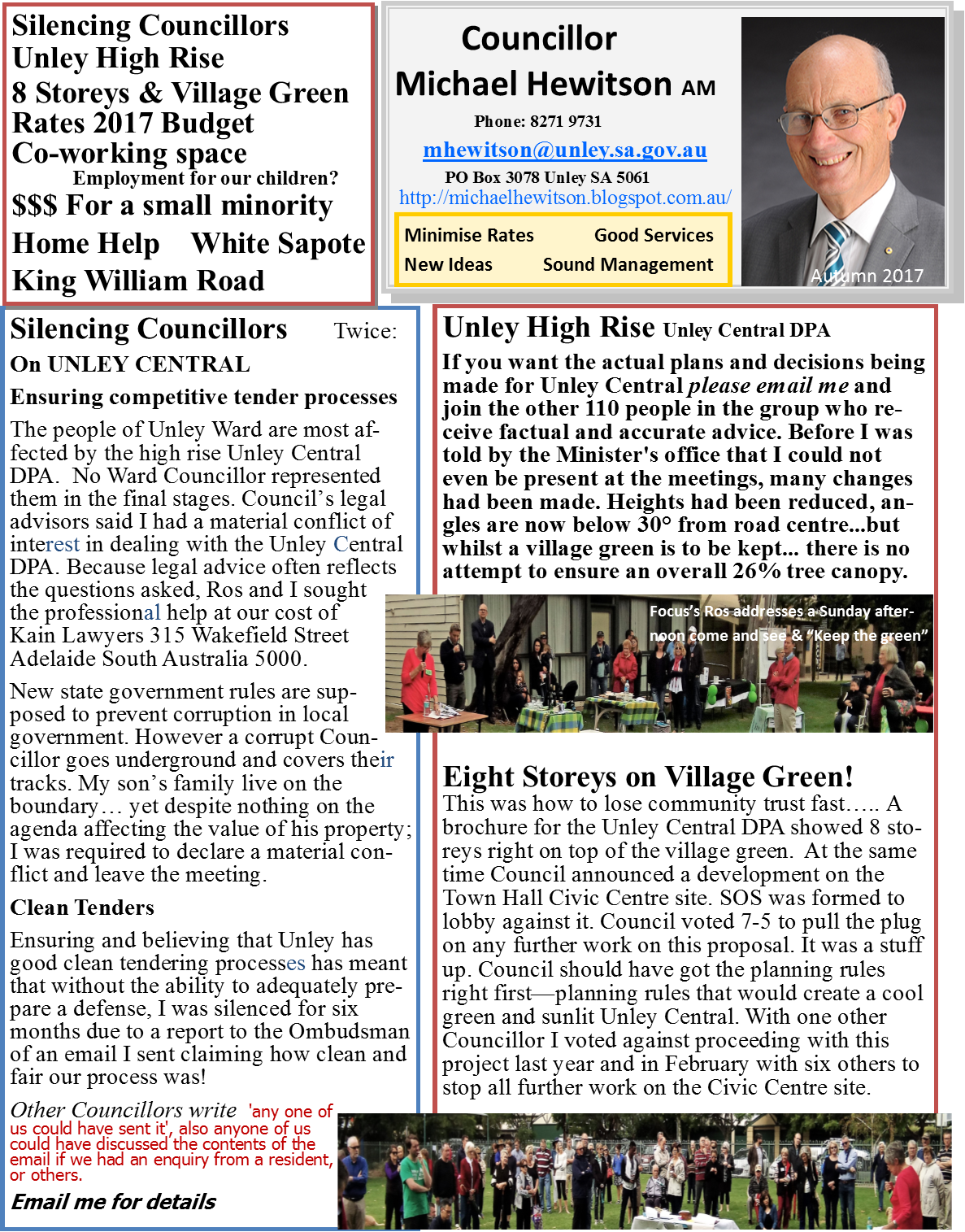 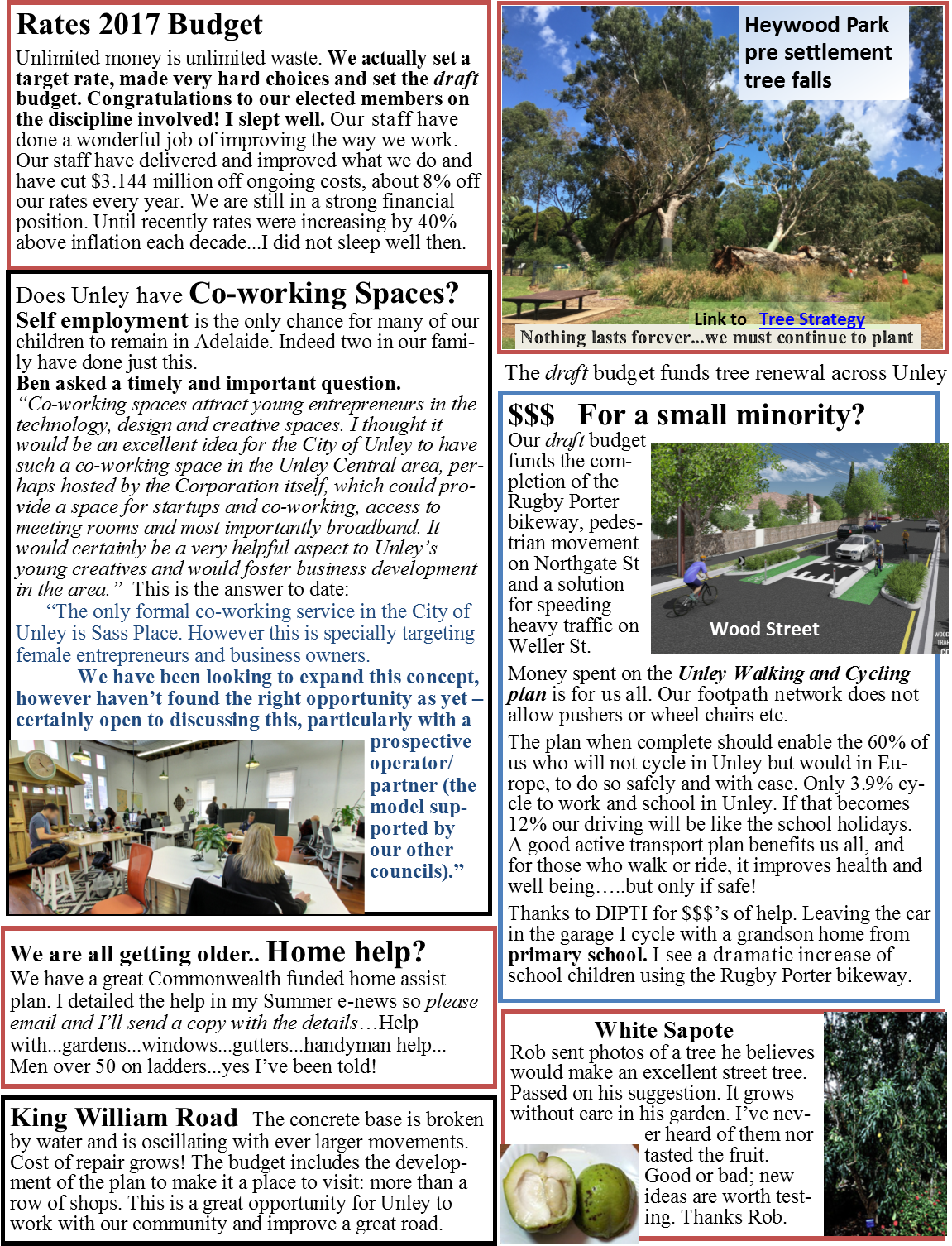 Posted by Michael Hewitson at 14:57 No comments: