Dear Friends and Owners of Unley,

2020 is behind us but the impact of COVID19 is not. We need jobs and a determination to work together. We are delighted with the support from for the Unley Central development reported in the newsletter attached.

DID YOU GET YOURS?

Congratulations to Unley’s Isobel Marshall, Young Australian of the year.  In 2016 with Eloise Hall won our inaugural City of Unley Fish Tank, an entrepreneurship competition. “Taboo” is a great success as a business and as a leader in social justice. The village green cottages house entrepreneurial start-ups and our museum, pottery and planned gallery.

With the loss of the delivered Eastern Messenger a new regional paper called the EASTERN HERALD is up and running. It is a local newspaper covering news, events and current affairs in the Adelaide Eastern Suburbs and copies can be picked up from many newsagents and shops… Unley Council also has copies at it Civic Centre and Community Centres 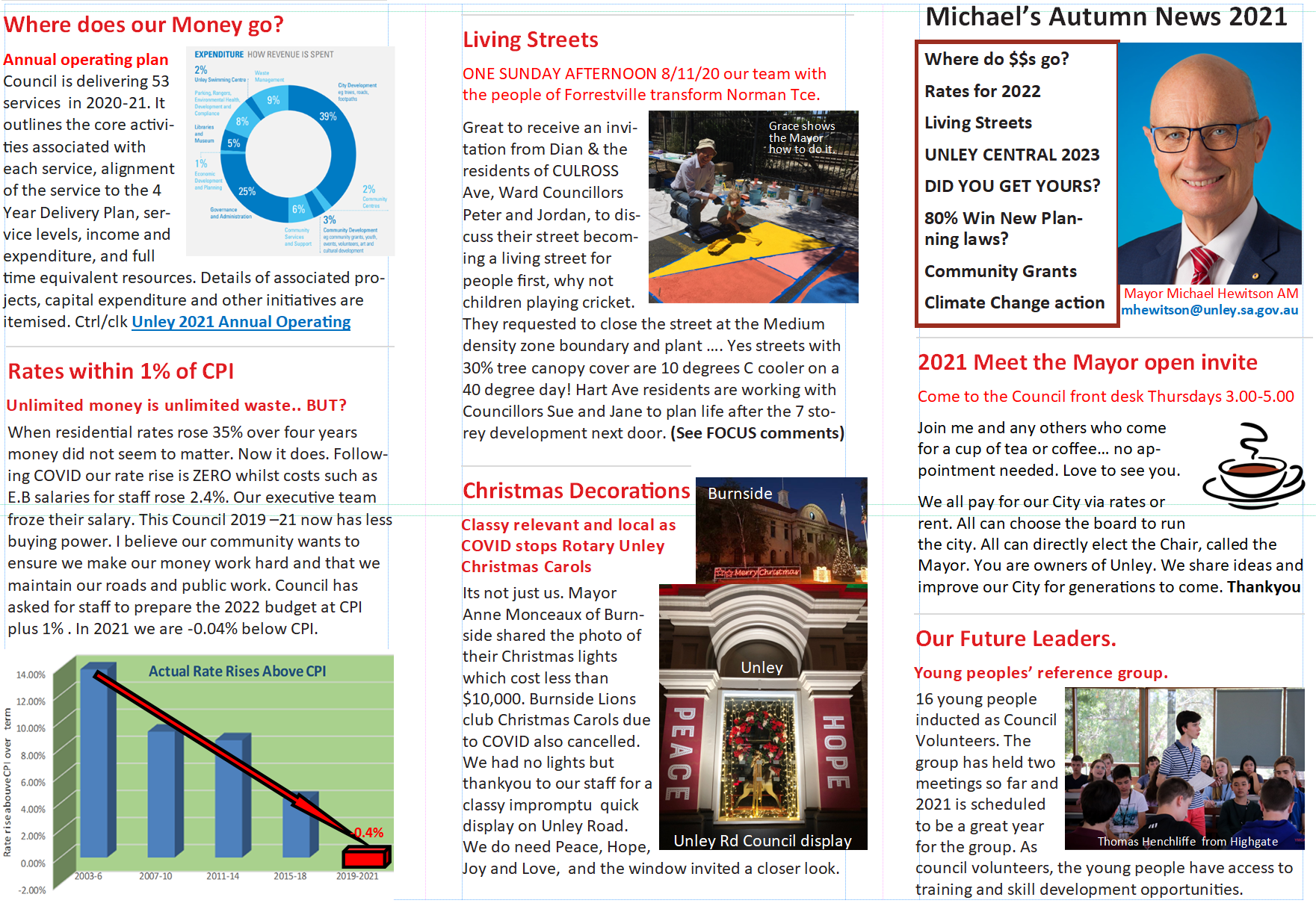 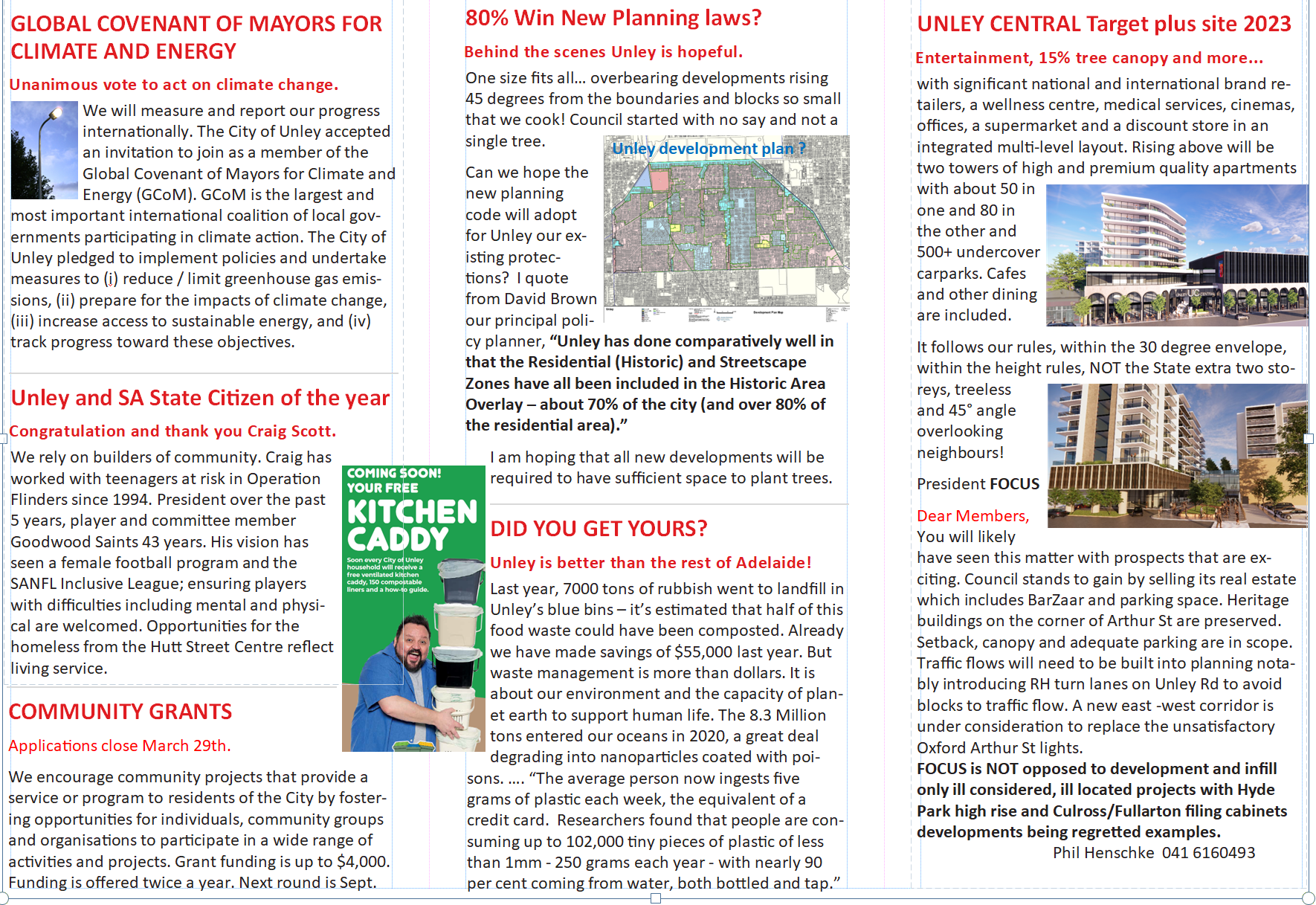 Posted by Michael Hewitson at 17:22 No comments: