The evidence from Unley council is that the State Government is correct to ensure councils operate with a program of rate capping. 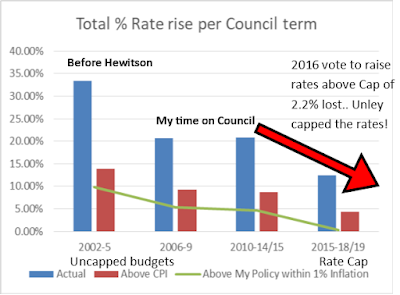 However to remove from Councils the responsibility and authority to set their own rates is to the disadvantage of rate payers. Councils can, and some will just blame government for poor services or over borrowing leaving future ratepayers in debt.

Unlimited money is unlimited waste. I support each Council being required to set a rate cap and cut their costs to fit the income. Unley Council in this term set a target rate and the cost of rate increases fell over the full four years. The June 2016 motion to ignore the rate cap against which the 2017 budget drafted was defeated and rate capping in this council term held. 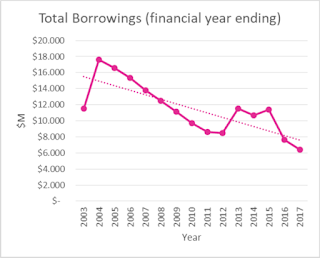 My suggestion would be to recommend to Government that Councils be required to introduce rate capping and that each Council is required to set the rate cap for three years ahead. Each year Council sets the cap for the third year out. The cap would be informed by each Council’s long term financial plan. This way each Council is both responsible to set the rate and is accountable in a very public way each election because the forward rates against the long term financial plan is known.
During the four years that Unley council set a rate cap, debt was paid down and services improved. Real financial efficiencies were found now totalling over 3.5 Million per annum. 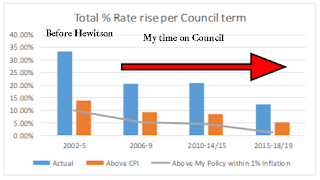 Unley Council should …….
Advise the LGA and State Government to separate the two issues.
1.  The first is the responsibility and accountability of local Governments to set their own rate and
2.  the second is a requirement to set rate caps. If two Councillors had changed their vote in 2016 Unley council would not have capped rates.

Cr Schnell seconds Cr Boisvert amendment to raise the rate by 0.5% from a 2.2% increase to 2.7% for the 2016-7 rates and the vote is lost. 4votes in favour and 7 against. “Those voting in the negative: Councillors Smolucha, Hewitson, Palmer, Hughes, Lapidge, Sangster and Rabbitt The AMENDMENT was declared LOST “